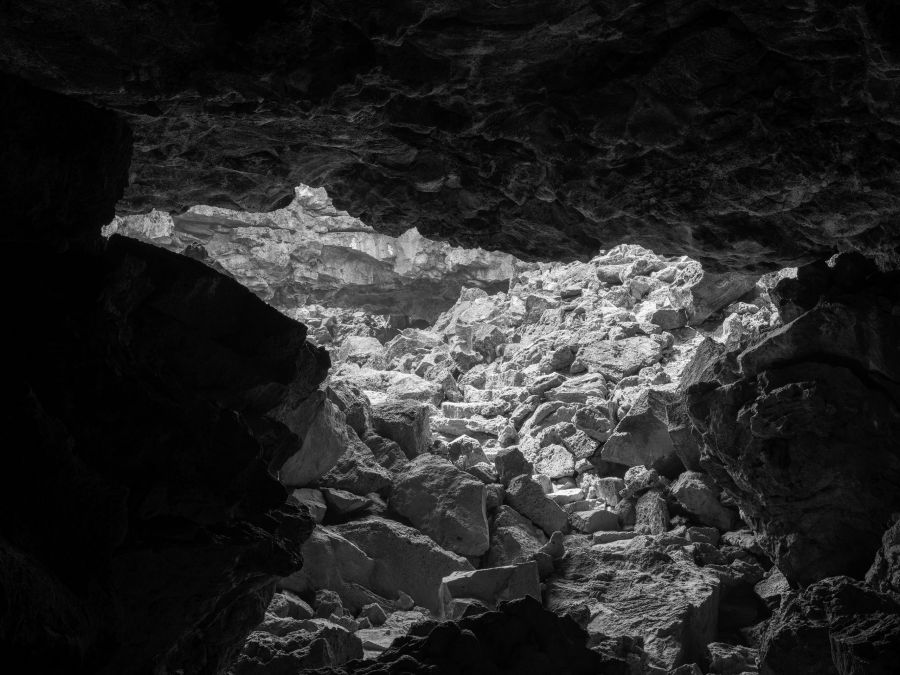 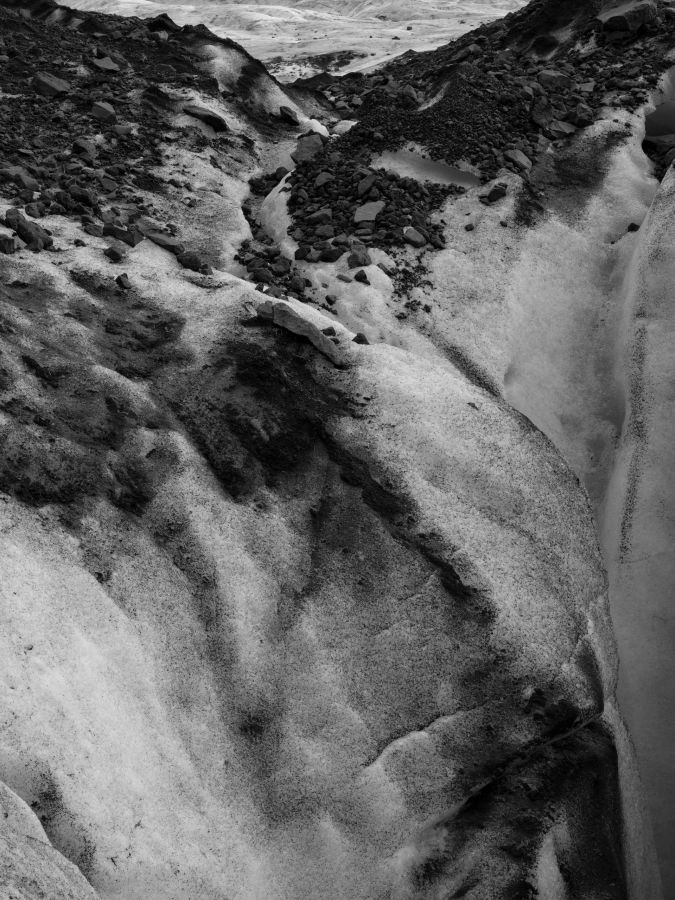 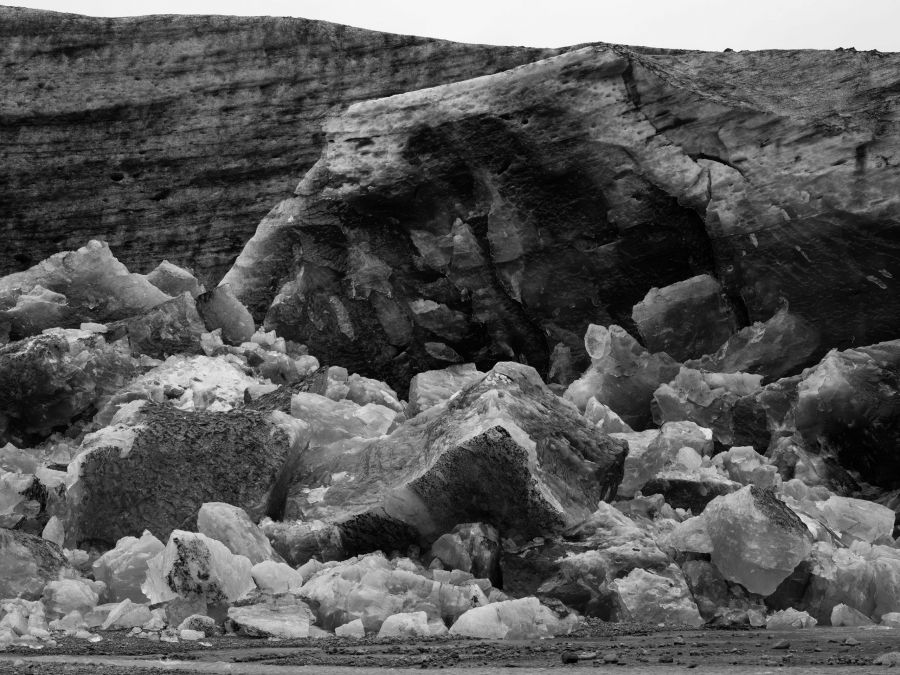 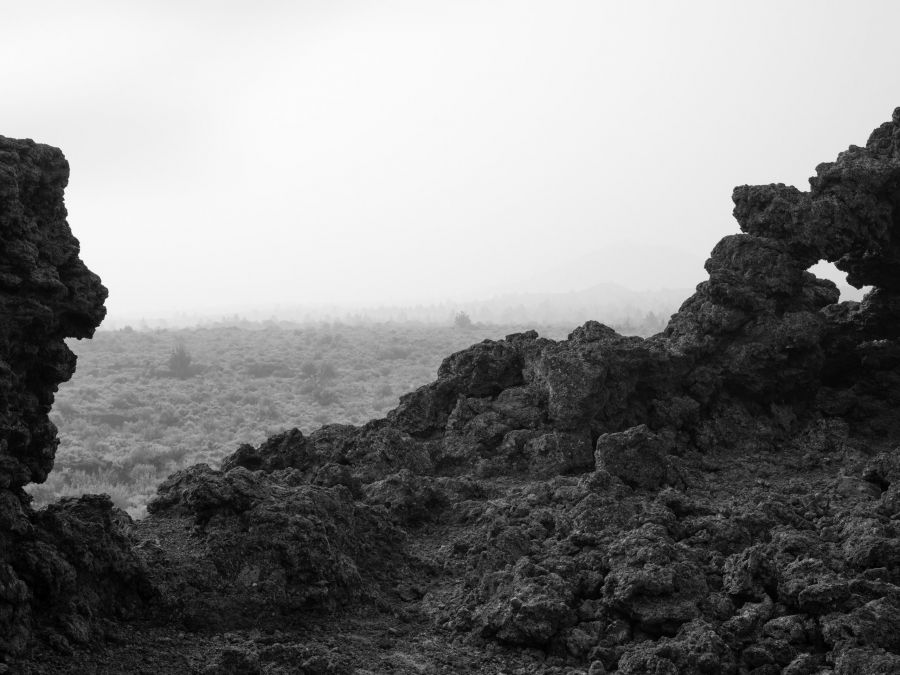 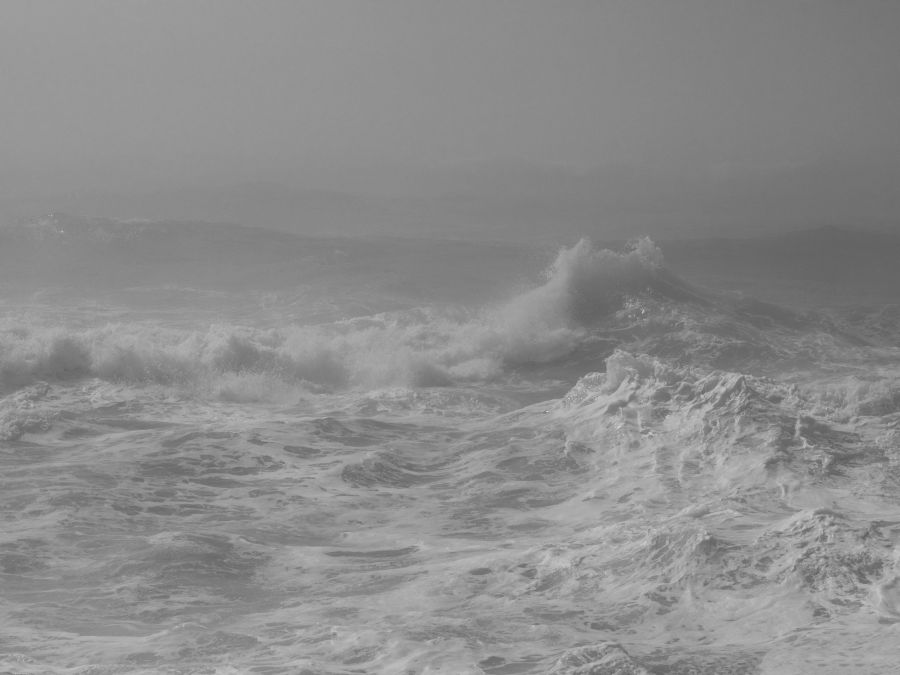 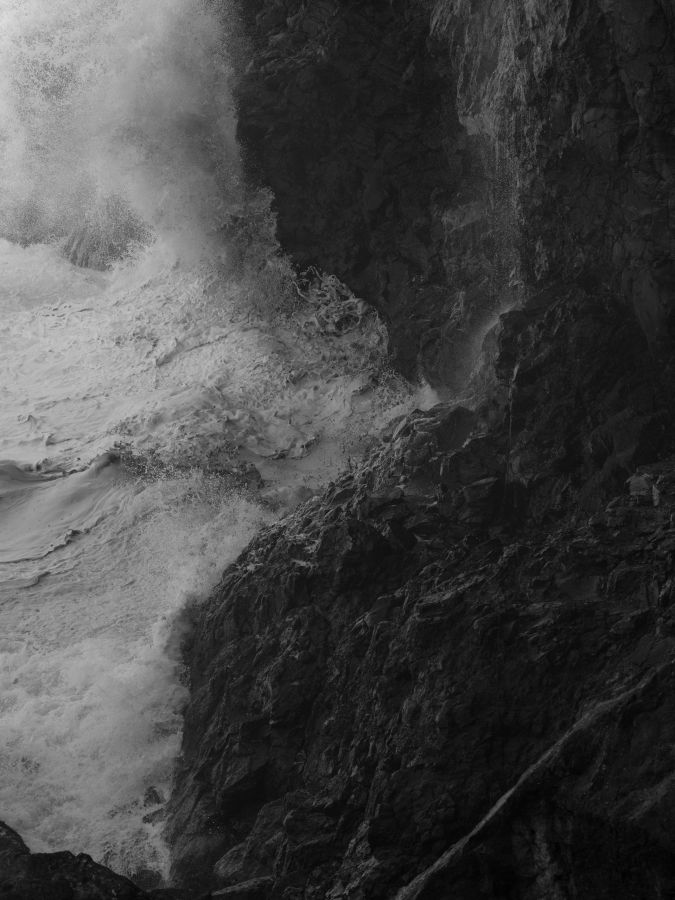 When I saw Ron Jude’s photographs for the first time, it took me about 20 minutes to catch up to the scale of what he was doing, and the way he was using tonal values, and destroying the notion of boundedness in a “work of art.” I felt small in what he was doing and overwhelmed by something that wasn’t all that big. —Barry Lopez

The title of Ron Jude’s most recent project references the limits of human perception—12 Hz marks the lowest threshold of human hearing, suggesting the powerful yet frequently imperceptible forces that shape the physical world, from plate tectonics to glacial erosion to the incomprehensibility of geological time. Made in Oregon, Hawaii, and Iceland, Jude’s imposing, large-scale black-and-white photographs describe the raw materials of the planet and its systems—lava flows, sculptural formations of welded tuff, river and tidal currents, and glacial valleys—that are the foundation of organic life. Stripped bare of our presence, they allude to the immense scale and veiled mechanics of phenomena that operate indifferent to human enterprise in a time of ecological and political crisis.

By pivoting away from the myth of human centrality, Jude’s work asks how one depicts the indifference of the non-human world to our egocentrism and folly without offering false comfort by looking away from our recklessness? Is it possible to engage the landscape in a meaningful way without resorting to formal trivialities, moralizing or personal narrative?

12 Hz establishes a simple premise: that change is constant, whether we are able to perceive it or not. In abandoning notions of sentiment and beauty found in traditional landscape photography, Ron Jude has created one of the most forceful and challenging visual statements of the emergent century.

Ron Jude was born in Los Angeles in 1965 and raised in rural Idaho. He lives and works in Eugene, Oregon, where he is a professor of art at the University of Oregon. His recent work explores the relationship between place, memory, and narrative through multiple approaches ranging from the use of appropriated images to photographs that echo traditional documentary methodologies.

Jude earned a BFA in studio art from Boise State University in 1988, and an MFA from Louisiana State University, Baton Rouge in 1992. His photographs have been widely exhibited nationally and internationally and are held in the permanent collections of the George Eastman House, Rochester, NY; the J. Paul Getty Museum, Los Angeles; the Museum of Fine Arts, Houston; and the San Francisco Museum of Modern Art, among others. Jude is the author of ten books, including Emmett (2010); Lick Creek Line (2012); Lago (2015); and, most recently, 12Hz. He has received grants or awards from Light Work; San Francisco Camerawork; the Aaron Siskind Foundation; and the Friends of Photography and was the recipient of a John Simon Guggenheim Memorial Foundation Fellowship in 2019.

Ron Jude: 12Hz is available April 2022 through 2023. Please contact us at exhibitions@barrylopezfoundation.org for further information or if you are interested in being an exhibition venue.