While writing about the landscape often begins in the aesthetic, it must always tend to the ethical. Lopez’s intense attentiveness was, I came later to realize, a form of moral gaze, born of his belief that if we attend more closely to something then we are less likely to act selfishly towards it. —Robert Macfarlane 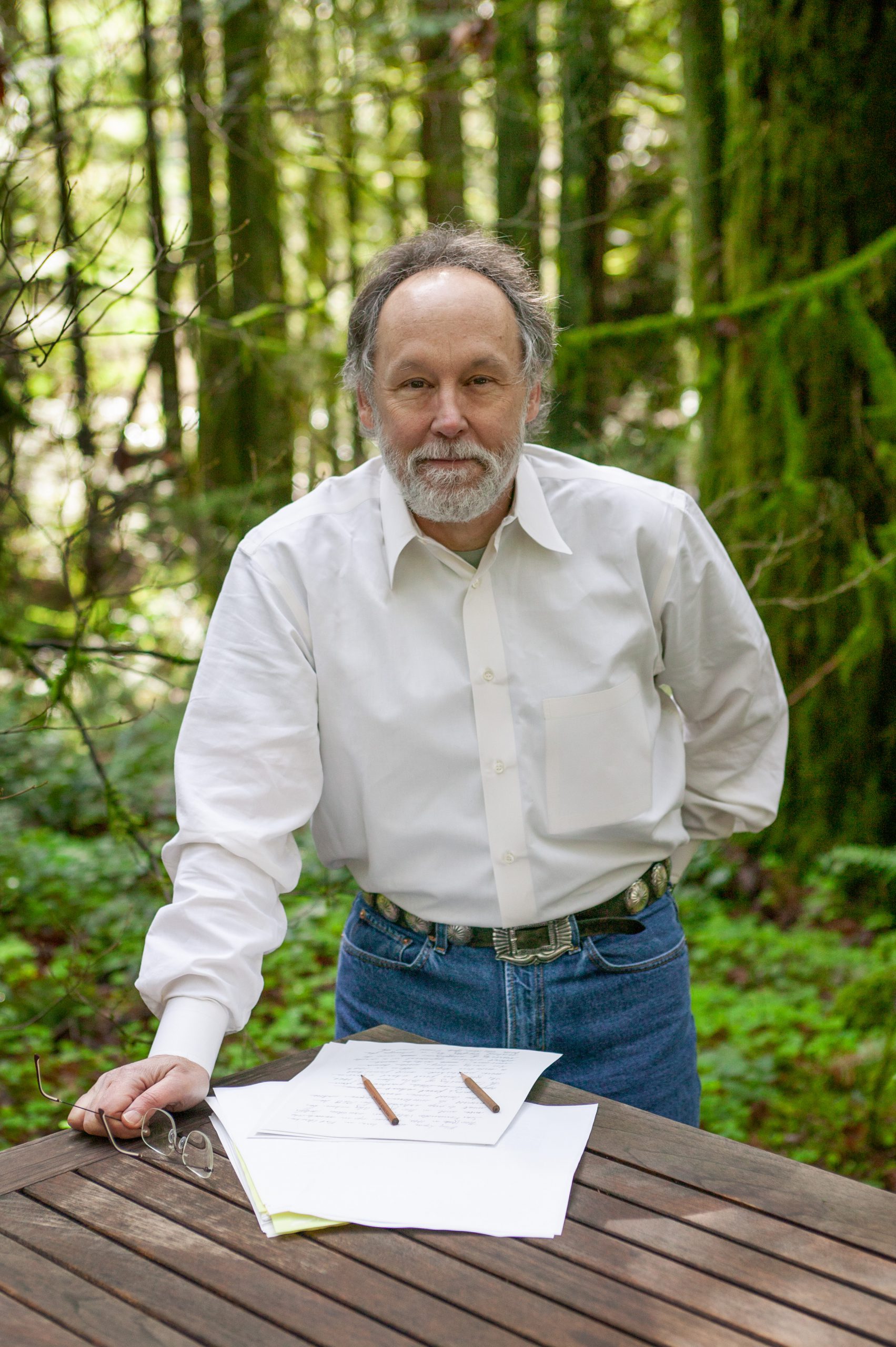 Barry Holstun Lopez was born on January 6, 1945 in Port Chester, New York, and grew up in southern California and New York City. He often spoke and wrote about his childhood experiences on the west and east coasts, from the fast-disappearing agricultural landscape of Los Angeles’s San Fernando Valley to weekends in the Mojave Desert and the Grand Canyon and later New York City’s Upper East Side. He earned a bachelor’s degree in communication arts from the University of Notre Dame and then moved to western Oregon for graduate study at the University of Oregon, first in creative writing, and then in journalism. Lopez withdrew from those programs without taking a degree, and in 1970, rented a house on the upper McKenzie River in Oregon’s Cascade Range to begin his life as a working writer. He later purchased the house and surrounding property, living there until his passing on December 25, 2020.

During his lifetime, Lopez traveled to more than eighty countries, and worked with researchers and scientists in some of the most remote and challenging landscapes on the planet, including the High Arctic, Antarctica, Sumatra after the 2004 tsunami, Afghanistan, and Australia’s Western Desert. His work is informed by scientific and philosophical inquiry as well as the history and culture of indigenous peoples. Lopez worked as a landscape photographer from 1965 to 1981 but came to feel that attending to the camera diverted his attention from experiences that were crucial to his work as a writer. Lopez nevertheless maintained a close kinship with many photographers throughout his life, as well as an extended community of painters, sculptors, and composers. Widely regarded as one of the best modern writers about the natural world, Lopez’s primary subjects could be more broadly defined as reflecting his overarching concern for humanity. He wrote with uncommon clarity, accuracy, and beauty about animals and the landscapes in which they live, and about our lust for power and wealth alongside our capacity for empathy and love. His body of work is distinguished by a profound ethical and even spiritual yearning to better understand who we are, how best to live on Earth, and the encouragement to cultivate hope even under the most challenging circumstances. 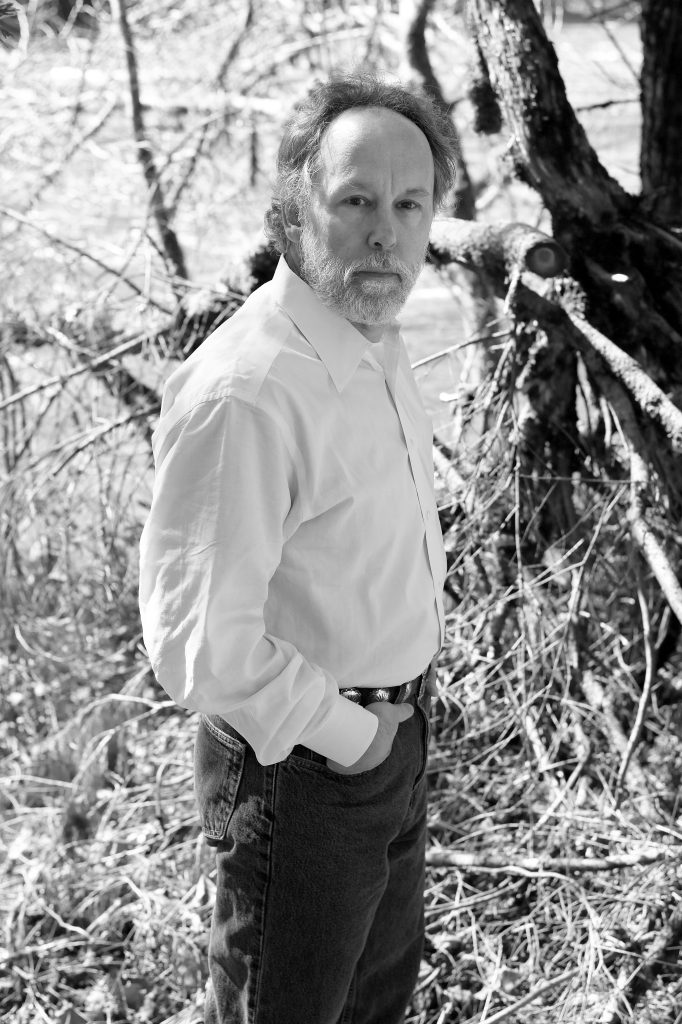 Lopez is the author of Of Wolves and Men (1978), a National Book Award finalist for nonfiction, and recipient of the John Burroughs and Christopher medals; Arctic Dreams: Imagination and Desire in a Northern Landscape (1986), which received the National Book Award for nonfiction; and a memoir, Horizon (2019). He published eight works of fiction, including Desert Notes (1976), River Notes (1979), Winter Count (1981), Field Notes (1994) and Resistance (2004), and his essays are collected in three anthologies, Crossing Open Ground (1988), About This Life (1998) and the posthumous Embrace Fearlessly the Burning World (2022). Lopez co-edited Home Ground: Language for an American Landscape (2006) with Debra Gwartney and was a regular contributor to Harper’s, Granta, The Georgia Review, Orion, Outside, The Paris Review, Manoa, and other publications in the United States and abroad.

Lopez was the recipient of numerous awards and honors, including Guggenheim, Lannan, MacDowell and National Science Foundation fellowships; Pushcart Prizes in fiction and nonfiction; the St. Francis of Assisi Award from DePaul University; the Denise Levertov Award from Image magazine; the John Hay Medal; honors from the Academy of Television Arts and Sciences, the Association of American Geographers, the New York Public Library, The Nature Conservancy, and the American Society of Magazine Editors; and was a fellow of The Explorers Club. In 2020, Lopez received the Award in Literature from the American Academy of Arts and Letters and was awarded The Sun Valley Writers’ Conference’s inaugural Writer in the World Prize, which recognizes “a writer whose work expresses a rare combination of literary talent and moral imagination, helping us to better understand the world and our place in it.” In 2001, Texas Tech University acquired Lopez’s manuscripts, notebooks, field journals, professional correspondence and other archival materials, and with them founded the James E. Sowell Family Collection in Literature, Community, and the Natural World. Since then, the Sowell Collection has acquired the archives of the Orion Society and the papers of some thirty American writers including Rick Bass, David James Duncan, Gretel Ehrlich, William Kittredge, J. Drew Lanham, Bill McKibben, Susan Brind Morrow, Gary Nabhan, Robert Michael Pyle, David Quammen and Pattiann Rogers. Lopez was appointed Texas Tech University’s first visiting distinguished scholar in 2003, a position he held until his death. He visited the Lubbock campus each semester to work closely with faculty and students in the Honors College, as well as architecture and its Land Arts program, biology, history, geography and English. Along with a team of faculty and administrators at TTU, Lopez helped develop the Environment and the Humanities degree program for the Honors College, which combined study in the sciences and humanities. An index to Lopez’s papers at TTU is available here: https://swco.ttu.edu/Sowell/BarryLopez.php

Inspired by his desire to help people visualize the environmental catastrophes we are facing with hope and understanding, in 2020 Lopez and founding director Toby Jurovics launched the Barry Lopez Foundation for Art & Environment, which works with contemporary artists to create exhibitions about climate change and our relationship with the land at a pivotal moment in our history.

On the night of September 7, 2020, a wildland fire erupted on the upper McKenzie River near Lopez and his wife Debra Gwartney’ s home. Driven by high winds, and exacerbated by climate change, the fire burned 173,000 acres of mixed conifer forest and destroyed hundreds of homes and properties. The house and guest cottage were saved, but the outbuilding where Lopez stored much of his remaining archive was lost. While the Sowell Collection holds nearly two hundred boxes of Lopez’s papers, gone are his personal journals, which he had been keeping religiously for more than fifty years. 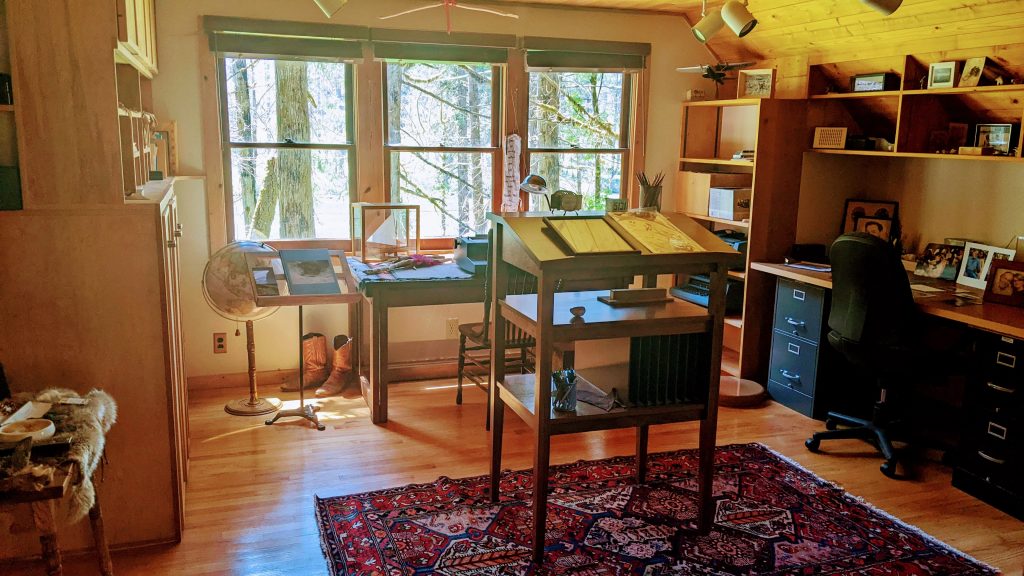